What Is Cystic Fibrosis?

Cystic fibrosis is a serious genetic condition that causes severe damage to the respiratory and digestive systems. This damage often results from a buildup of thick, sticky mucus in the organs. The most commonly affected organs include the:

Cystic fibrosis affects the cells that produce sweat, mucus, and digestive enzymes. Normally, these secreted fluids are thin and smooth like olive oil. They lubricate various organs and tissues, preventing them from getting too dry or infected. In people with cystic fibrosis, however, a faulty gene causes the fluids to become thick and sticky. Instead of acting as a lubricant, the fluids clog the ducts, tubes, and passageways in the body. This can lead to life-threatening problems, including infections, respiratory failure, and malnutrition. It’s critical to get treatment for cystic fibrosis right away. Early diagnosis and treatment are critical for improving quality of life and lengthening the expected lifespan.

Approximately 30,000 people are diagnosed with cystic fibrosis every year in the United States. Although people with the condition require daily care, they can still lead a relatively normal life and work or attend school. Screening tests and treatment methods have improved in recent years, so many people with cystic fibrosis can now live into their 40s and 50s.

Who Is at Risk for Cystic Fibrosis?

Cystic fibrosis is most common among Caucasians of Northern European descent. However, it’s known to occur in all ethnic groups.
People who have a family history of cystic fibrosis are also at an increased risk because it’s an inherited disorder.

How Is Cystic Fibrosis Treated?

Cystic fibrosis (CF) has no cure. However, treatments have greatly improved in recent years. The goals of CF treatment include:
Preventing and controlling lung infections
Loosening and removing thick, sticky mucus from the lungs
Preventing or treating blockages in the intestines
Providing enough nutrition
Preventing dehydration (a lack of fluid in the body)

Depending on the severity of CF, you or your child may be treated in a hospital.

If you have CF, your doctor may prescribe antibiotics, anti-inflammatory medicines, bronchodilators, or medicines to help clear the mucus. These medicines help treat or prevent lung infections, reduce swelling and open up the airways, and thin mucus. If you have mutations in a gene called G551D, which occurs in about 5 percent of people who have CF, your doctor may prescribe the oral medicine Ivacaftor (approved for people with CF who are 6 years of age and older). 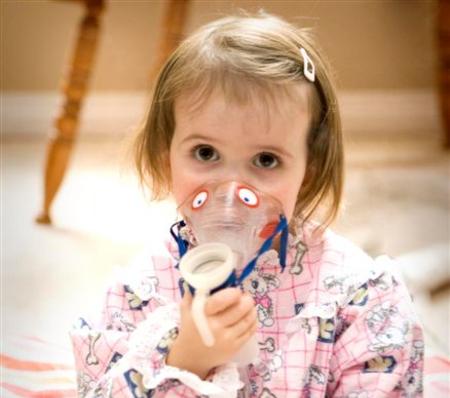