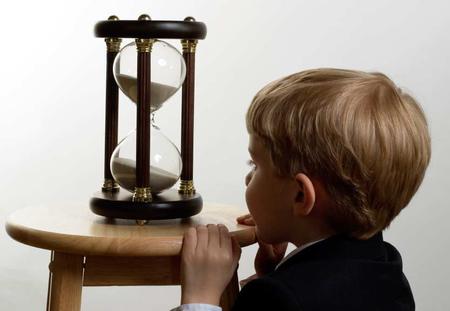 What Is Growth Hormone Deficiency?

The pituitary gland is a small gland about the size of a pea. It’s located at the base of the skull and secretes eight hormones. Some of these hormones control thyroid activity and body temperature.

GHD occurs in roughly 1 in 7,000 births. The condition is also a symptom of several genetic diseases, including Turner syndrome and Prader-Willi syndrome.

You may grow concerned if your child is not meeting height and weight growth standards. Growth hormone deficiency is treatable. Children who are diagnosed early often recover very well. If left untreated, the condition can result in shorter-than-average height and delayed puberty.

Your body still needs growth hormone after you’ve finished puberty. Once you’re in adulthood, the growth hormone maintains your body structure and metabolism. Adults can also develop GHD, but it isn’t as common.Type your paragraph here.

​Children with GHD are shorter than their peers and have younger, rounder faces. They may also be chubby or have “baby fat” around the abdomen, even though their body proportions are normal.

If GHD develops later in a child’s life, such as from a brain injury or tumor, its main symptom is delayed puberty. In some instances, sexual development is halted.

Many teens with GHD experience low self-esteem due to developmental delays such as short stature or a slow rate of maturing. For example, young women may not develop breasts and young men’s voices may not change at the same rate as their peers.

Reduced bone strength is another symptom of AGHD. This may lead to more frequent fractures, especially in older adults. People with low growth hormone levels may feel tired and lack stamina. They may experience sensitivity to hot or cold temperatures.

​A variety of psychological symptoms can occur, including:

Adults with AGHD typically have high levels of fat in the blood and high cholesterol. This isn’t due to poor diet, but rather to changes in the body’s metabolism caused by low levels of growth hormone. Adults with AGHD are at greater risk for diabetes and heart disease.

How Is Growth Hormone Deficiency Diagnosed?

Your child’s doctor will look for signs of GHD if your child is not meeting their height and weight milestones. They’ll ask you about your growth rate as you approached puberty, as well as your other children’s growth rates. If they suspect GHD, a number of tests can confirm the diagnosis.

A blood test can measure growth hormone in the body. However, your levels of growth hormone fluctuate widely throughout the day and night (called “diurnal variation”). A blood test with a lower-than-normal result is not enough evidence to make a diagnosis.

Growth plates are the developing tissue at each end of your arm and leg bones. Growth plates fuse together when you’ve finished developing. X-rays of your child’s hand can indicate their level of bone growth.

Kidney and thyroid function tests can determine how the body is producing and using hormones.

If your doctor suspects a tumor or other damage to the pituitary gland, an MRI imaging scan can provide a detailed look inside the brain. Growth hormone levels will often be screened in adults who have a history of pituitary disorders, have a brain injury, or need brain surgery.
Testing can determine if the pituitary condition was present at birth or brought on by an injury or tumor.

How Is Growth Hormone Deficiency Treated?