What is Multiple Sclerosis?

Researchers believe that MS causes the body's immune system to attack myelin, which is an insulating coating around nerve cells.

The disease can cause varying symptoms that appear with a wide range of severity, from mild discomfort to complete disability.

Multiple sclerosis may appear in several forms. The types of MS include:

Secondary-progressive: After the initial attack, the disease may begin to progress in a more deliberate way. In this type of MS, symptoms do not subside. Before new therapies were created, about 50 percent of people with multiple sclerosis entered a progressive stage. However, the effectiveness of the new therapies has not been fully evaluated (Murray T., et al, 2013).

Primary-progressive: People who develop this form of the disease generally do so later in life. They decline slowly, without many ups and downs.

Multiple sclerosis is very unpredictable. Some people have an initial attack and don't progress. Sometimes, in older people, progression will stop altogether. According to the Multiple Sclerosis Association of America, it is unclear why the disease affects people in such a variety of ways.

Nobody knows what causes multiple sclerosis. However, scientific evidence has led to four main theories about what triggers it.

The Immune System; It is commonly believed that the immune system plays a role in multiple sclerosis by attacking myelin. However, researchers don’t yet know if the body does this naturally or if other factors cause the attacks.

Researchers are also investigating whether diets high in saturated fat, or low in fish oils and vitamin D, are linked to the disease.

Genetics; Incidence of multiple sclerosis among primary family members suggests genetics may play a role in MS. Although the risk of developing MS among the general population is about 0.15 percent, it can be as high as four percent among people who have a brother, sister, mother, or father with the disease (University of California, San Francisco, 2013).

Infections; Researchers are also exploring whether viral or bacterial infections or other pathogens trigger the immune response that is believed to lead to multiple sclerosis.

Who Is at Risk for Multiple Sclerosis?

Multiple sclerosis most commonly affects people between the ages of 20 and 40, according to the Mayo Clinic. However, people can develop the disease at any age.

Women have a higher risk of developing the disease than men do.

While there is a hereditary link to MS, it is not the only factor. Research shows that among twins, a person has only a 30 percent chance of developing the disease if his or her twin has it, according to the Mayo Clinic.

What Are the Symptoms of Multiple Sclerosis?

How Is Multiple Sclerosis Diagnosed?

There is no definitive diagnosis for multiple sclerosis. Doctors determine whether you have it by ruling out other illnesses. They do this by evaluating your symptoms, performing a clinical exam, and ordering tests.

Tests that may point to a possible multiple sclerosis diagnosis include:

Magnetic resonance imaging (MRI): MRIs allow doctors to identify lesions in your brain or spinal cord, which could indicate myelin loss.
Spinal tap: The fluid in your spine can offer clues about whether your body is experiencing an immune response. Spinal fluid abnormalities are often present in a diagnosis of the disease.
Evoked potential test: This test uses visual cues or electrical impulses to determine how efficiently your brain responds to stimuli.
Blood tests: Blood tests may rule out other disorders.

How Is Multiple Sclerosis Treated?

Though multiple sclerosis has no cure, it can be treated in a variety of ways. New research has also led to new therapies.

Medications; Many medications exist to treat multiple sclerosis for the long term, including new classes of drugs that manipulate the body's immune response. Most are taken intravenously or by injection, but a few come in pill form.
During flare-ups, corticosteroids can offer relief.

Many over-the-counter and prescription medications can help manage the various symptoms associated with multiple sclerosis. These include medications for pain, anxiety, muscle spasms, infections, and bladder and bowel problems.

Surgeries; Surgeries may be performed to help control severe tremors and muscle spasms.

Home Care; A variety of vitamins, herbs, and nutritional supplements may offer symptom relief. Always talk to your doctor before beginning one of these regimens.
Yoga, acupuncture, homeopathic remedies, and aquatic exercise are other alternative home therapies that may alleviate symptoms. 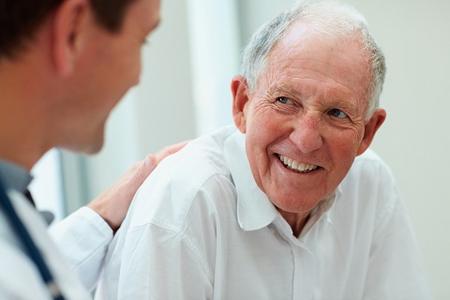